Here at Boys’ Trail’s End, we had a summer full of memories, brotherhood, and excitement. From making beaded lizards in crafts to going on a three-day horse pack, this summer was one to remember. Waking up to the song of the North Fork and the gentle breeze rapping on the wagon cover, the campers of Boys’ Trail’s End challenged themselves beyond what they thought possible and in doing so created the bonds of friendship and memories that will stay with them for years to come.

Campers had the opportunity to stretch their legs, sleep under the stars, and cook outdoors. Led by Isaac Dotson and Shawn Heilman, our outcampers ventured to sites such as TE Crossing, Meadow Outpost, Rockstock, Pierson Forest, and Gypsy Grounds. Whether it was catching fish, playing Dungeons & Dragons, or cooking chocolate chip pancakes for breakfast, they enjoyed being a part of nature and disconnecting from the bustle of everyday camp life while embracing the quieter moments. Darien Hull and Owen Zimmerman earned their Outcamping patch.

Our innovative crafts program was led by the imaginative, creative, and inspired Jack Quinn. Campers created animal masks, leather bracelets, ceramics pieces, and more. Our riflery program, led by Tim Parsons, had campers in pursuit of that perfect score on the targets. As the end of the day drew to a close, we would all gather around the campfire at the Lodge for games, songs, and more, led by campfire counselor Brogan Ludwig. Sean Prince Dixon earned his Pinecone patch, which requires that campers try every activity and assist with events and campfires, just as Will Walsh did in his role as our general counselor.

Thank you to our CILTs for all of their hard work this summer: Carter Bartel, Cooper Brackett, Hammer Hodge, Patrick McMahon, Valentine Parrella, Ryan Schoolman, and Dominic Taglia. We also want to recognize our outstanding nurse, Gary Swetnam, our Wagon Mama, Ruth Swetnam, and our cooks Daniel Nafate and Javier Padilla.

We had the privilege of presenting a rare recognition this summer: the Gold Spurs. When Cheley began, Frank Cheley established the Gold Spurs to be given to campers who devoted themselves to earning nearly every recognition offered in the senior units. Gold Spurs cannot be earned in one year. It is a process that requires intense focus and drive to achieve. To receive the Gold Spurs, campers must earn their Hiking, Riding, Backpacking, Mountain Biking, and Outcamping patch, demonstrate proficiency in riflery and archery, create two gift-worthy crafts projects, and write a letter to the Cheley family about their journey toward achieving the Spurs. We were overjoyed to present the following campers with their Gold Spurs: Hammer Hodge, Ryan Schoolman, and Valentine Parrella.

Each term ended with our Recognition Campfire where we recognize the campers who embodied the traits from the Code of Living. These traits are chosen at the beginning of the term and are the standard by which we all hold ourselves and strive to live by. Our junior campers are recognized with the Driver of the Covered Wagon recognition and senior campers with their Top Hand. Selected by their peers the Driver recipients are Zeke Wolff, Creighton Garcia, Sutton Zimmerman, Rory Neren, Robert Crouse, Jeramy Moore, and Sykes Lamensdorf. Top Hand Recipients are Larkin McKay, Will Roessman, Ryan Schoolman, Tanner Snyder, Dawson Reller, Dominic Taglia, and Henry Rosenblum.

Trail’s End, Trail’s End, you’re in our hearts forever. Life here is something to remember. Love flows in as each day begins for there is a spirit that never ends. We share the same bonds of love with signal sun setting above as the North Fork sings its song, another peaceful term is done.

It was another fantastic summer at Boys’ Trail’s End. The valley will echo our laughter, tears, and memories before we fill it again with the lively sounds of summer. The continuation of our journey may take us away from our home away from home, but never forget that when we meet again the Manly but Mellow Men of Boys’ Trail’s End will be there to greet you with a smile, open arms, and a verse of Glory Bound to welcome you home.

Until We Meet Again, 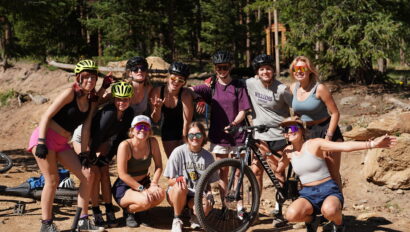 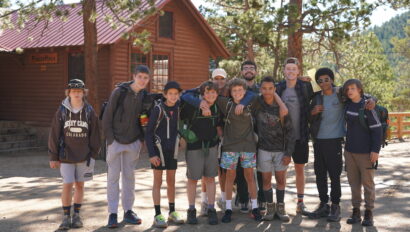